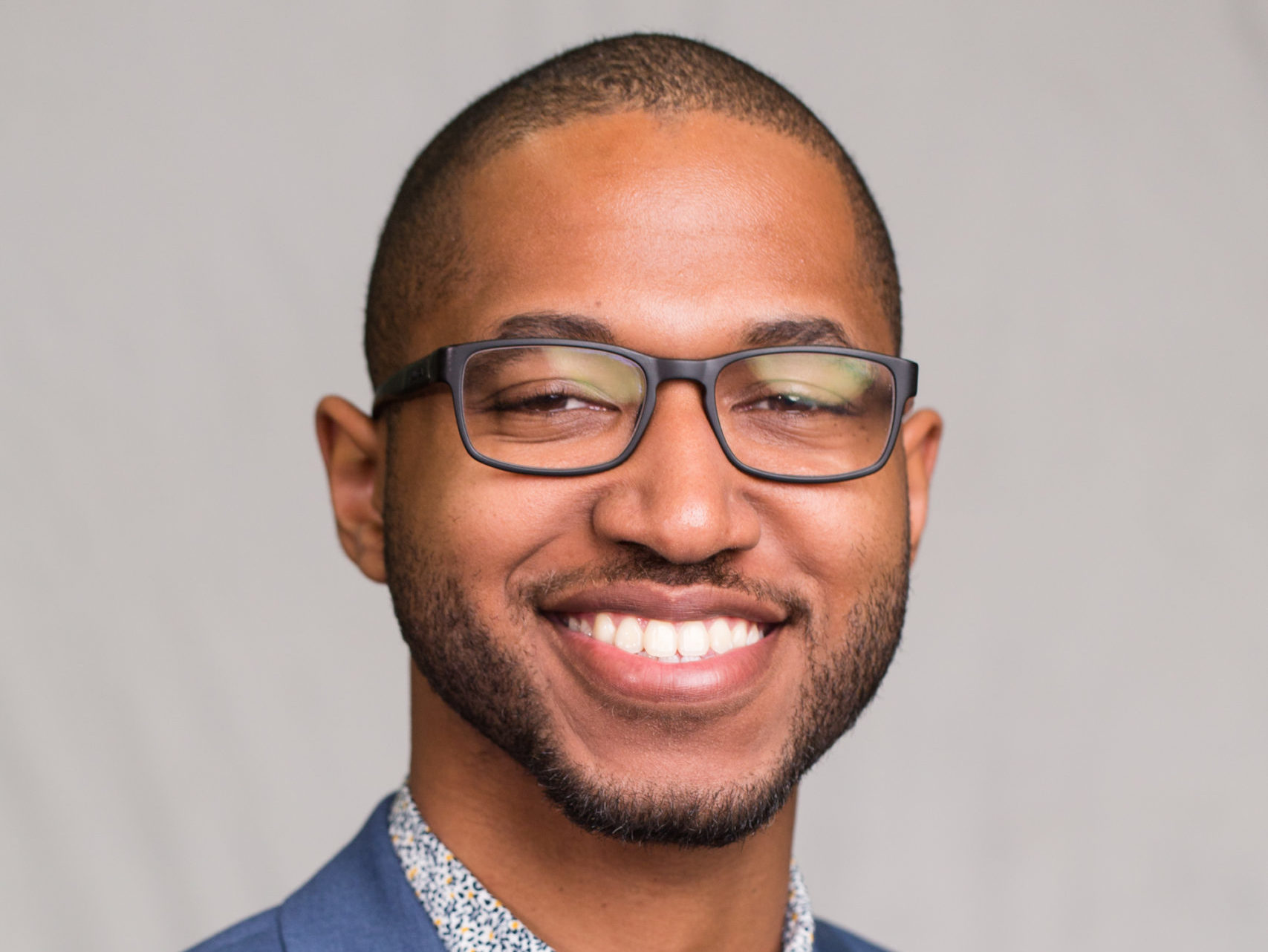 Dr. Higginbotham (he/him) is currently a postdoctoral scholar at the Frank Batten School of Leadership and Public Policy at the University of Virginia. He earned his Ph.D. in Social Psychology from the University of California, Los Angeles. Born and raised in St. Louis, Missouri, he received his B.A. in Psychology with honors and distinction from Stanford University and his M.A. in Psychology from UCLA. As important as—if not more important than—his “formal” education, Gerald owes his current research perspectives to his family, friends, and life experiences that have provided innumerable learning opportunities, insights, and constant challenges to his worldview. Throughout his path, he has been fortunate to work among and live in diverse cultural contexts, including diversity of political orientation (conservative, liberal), language (Spanish-speaking, AAVE), socioeconomic status and industry (working class, tech, supply chain operations, teaching), and racial/ethnic make-up (racially homogenous, racially dichotomous, and racially diverse). These experiences all serve as the foundation for his research perspective, backed by his extensive and rigorous training in experimental methods, psychological theory, and statistics.

Higginbotham, G. D., & Does, S. The role of culture and identity in the perception of critical American histories of oppression. [In Prep: theory paper]

Higginbotham, G. D., Zheng, Z., & Uhls, Y. (2020). Beyond checking a box: A lack of authentically inclusive representation has costs at the box office. UCLA Center for Scholars and Storytellers. View

Current trends and patterns of social life in the U.S., including racial inequality, are rooted in a historical trajectory. My research integrates social and cultural psychology to explore the role of history as critical contextual information that shapes identity, identity-based biases, and, at times, also becomes the focus of perception itself. Specifically, I have explored history’s influence on how dominant and marginalized group members perceive themselves, the groups they value, and members of other groups. In current research, I test how cognitive representations of oppressive histories shift as a function of group membership, revealing systematic and motivated biases. To that end, in three interrelated lines of research, I examine:

“Black” and “Athletic” as Culturally Valued and a Source of Prejudice

Beginning in the 1950s, sports were increasingly viewed as a pathway for Black men to obtain access to educational and occupational opportunities that provided financial success and civil rights in the face of systemic discrimination. Stemming from this history, among young Black boys today, both admiring Black athletes and identifying oneself as an athlete can engender a strong sense of cultural pride due to the substantive, positive representation of successful Black male athletes. I’ve employed cross-sectional and longitudinal methods to explore this current cultural value of athletic identity. In current research, I find that for some Black male high school students (e.g., those who are academically identified) identifying as athletic can protect their sense of social fit among peers generally and identification as a young Black man specifically with positive adjustment implications across the transition to college (Higginbotham, 2021).

Yet, the observed success of Black men in sports through history has also made a more pernicious impact. In a separate review paper, my coauthors and I argued that understanding the mechanisms by which sociocultural contexts and histories shape both in- and out-group members’ experiences and perspectives is an important, yet understudied, area in intergroup contact research. In particular, we posited that reliance on stereotypes devoid of cultural/historical knowledge about relevant sociocultural contexts can negatively impact the experiences of those individuals in intergroup contact situations (Brannon, Taylor-Jones, Higginbotham, Henderson, 2017). From an intergroup perspective, racial prejudice and the dominance of Black athletes gave rise to the culturally-embedded stereotype that all Black people, and Black men in particular, are naturally athletic. In college contexts, the Black cultural understanding of athletics can be lost and is often subsumed by a common stereotype: the incorrect assumption that Black male students are student-athletes. Using Social Vision methods, we examined the bias of perceiving Black males as student-athletes rather than non-athlete students. In this research, Black men were uniquely prone to be categorized as athletes, a tendency that was driven by miscategorizations of Black male students as athletes. Notably, being categorized as an athlete was associated with being judged as less academically able (Higginbotham, Shropshire, & Johnson, 2021).

How threats to culturally valued group memberships are managed

My second line of research investigates how individuals react to and manage perceived threats to culturally valued social groups. Here, I have tested how a perceived threat to one’s culturally valued group may motivate attitudes and actions that might otherwise appear antithetical to typical group norms. Among a subset of White Americans, legal gun ownership is a valued identity—one that generally leads to strong support of gun rights. Among these individuals, I find that racial prejudice toward Black Americans who exercise their legal rights to own guns has an ironic effect. It actually reduces White Americans’ support for gun rights. This psychological prediction originated from actual U.S. history. In the 1960s, Black Americans, including Black Panthers, made the case for exercising their legal rights to bear arms to protect themselves from racial terrorism. In response, conservative gun rights organizations joined arms with Republican officials to pass sweeping gun control legislation (Winkler, 2011).

In current research, I developed a novel Implicit Association Task to test associations of gun rights (vs. gun control) with White (vs. Black) Americans among White Democrats and Republicans. Overall, participants more strongly associated gun rights with White than Black Americans. However, this overall association was driven by White participants who exhibited high levels of racially resentful attitudes and remained even after controlling for political party identification. This study provided initial evidence that among White Americans who hold strong anti-Black attitudes, gun rights are reserved for White Americans. Given that racially resentful White Americans associated gun rights with White people, I next tested whether information about Black gun ownership reduced their support for gun rights. In two studies, including a nationally representative sample of White partisans, White participants were told that either Black or White Americans (experimental condition) recently showed the highest increase in concealed carry permit obtainment. Participants then reported their support for concealed carry rights and general gun rights and answered a measure of racial resentment. In both studies, support for general gun rights did not differ as a function of racial resentment and condition. However, in both studies, we found an interaction regarding support for concealed carry rights; racially resentful White Americans reported less support for concealed carry rights after reading about increases in Black (compared to White) permit obtainment (Higginbotham, Sears & Goldstein, in press).

How representations of history function as motivated social cognitions

In my third research line, I examine a potential psychological mechanism that underlies how Black and White Americans contextualize past racial wrong-doing in relation to current inequities. Discourse on the present-day impact of White American’s past oppression of Black Americans—or critical Black history—seems to be informed by different perspectives on and knowledge about this history. Black Americans often emphasize the close proximity of past racism (e.g., Jim Crow era) and feel connected to people who lived then (e.g., we stand on the shoulders of our ancestors). In contrast, White Americans often emphasize how identical histories are distant and draw a distinction between people who lived then versus now (e.g., why should I be responsible for others’ actions?).

In forthcoming research, I integrate research on culture, identity, and cognition to examine how the U.S. cultural orientation of individualism affects the perception of interconnections between the past and the present both in terms of temporal distance as well as temporal consequences.

I take a multi-method, collaborative approach to examine these processes from both the target and perceiver perspectives. My work has theoretical and practical implications for meaningful societal contexts, including, but not limited to, higher education, public policy, and the workplace. 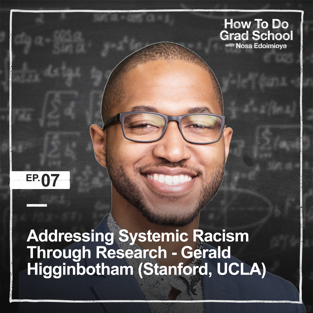 How To Do Grad School Podcast

The Impact Lack of Diversity Has on the TV & Film Industry.
View

If you have a question, would like to share an opportunity, or need to be in touch with me for any reason, please email me. I primarily use social media to share and keep up-to-date with information, not for professional communication.